If there is one game that has made the most pro gamers out of ordinary teenagers, it is CS:GO. Its immense popularity has been the reason for many success stories and gaming legends. The player base continues to stay active to date and it’s not going away anytime soon considering how dedicated Valve is to ensure the game is kept updated.

The major reason why Valve is so dedicated to keeping the game alive, besides the millions of players who play it daily, is because it brings them tons of revenue in the form of skins. Skins are an integral part of CS:GO and they are one of the reasons why most players are so competitive for the game.

Some players value skin collection over everything else. According to cs.money, CS:GO skins are a source of pride and joy for their owners. That being said, there are many misconceptions that float around them that make new players stay away from buying skins. These misconceptions are mostly the results of new players making their doubts and suspicions about skins public on various websites and forums.

In this article, we’ll talk about some of these misconceptions about CS:GO skins most people think are true and bust them down. Read the article till the end so you don’t end up missing out on crucial details.

Before we clarify our point further, let us make something clear – CS:GO skins, by any means, offer no mechanical advantage to the weapon nor the player wielding them. Most players who have played CS:GO for a while would tell you the same. However, the keyword to be taken from the above line is “mechanical advantage”.

While the skin on the weapon doesn’t do anything to increase its damage or range, it doesn’t mean it doesn’t affect player performance at all. In fact, many players have found that they play immensely better with brand new skins rather than default skins. The effect is not mechanical but psychological and in psychological terms is called the “placebo effect”.

Basically, the placebo effect occurs when an object or phenomenon makes you improve your symptoms (performance) even if said object is completely non-active in function (skins). Many players, especially new players, have stated that using skins in their game has made their performance considerably better.

However, there are several flaws to this. Firstly, someone who is experienced in having skins, say a pro gamer, would not be impacted by the placebo effect of skins since they are used to using them. Secondly, this psychological effect lasts only for a short while until the new skin becomes boring like the default one. That being said, we strongly believe that no player should think that skins have absolutely NO effect on gameplay performance – because many times, they do.

They degrade over time.

This is a very common misconception that arises when players notice their skin looks weary and more used than other skins. Their most common line of thought is that it must be the result of wear and tear from constant usage in matches. Players, especially new players, formulate that the reason their skin looks like that must be because they constantly used that skin in a lot of matches.

However, it couldn’t be further from the truth. CS:GO skins don’t degrade or wear off over time, they arrive in that condition. When you purchase a crate and receive your skin, it can come in several different conditions ranging from factory new to battle-scarred. The prior has the best condition and looks entirely intact and untouched. The latter looks heavily used.

This can easily cause confusion and it’s important that you realize your skins won’t degrade over time and are going to stay in the same condition.

Buying skins from other sites is illegal and will land you in legal trouble.

Whenever a player thinks of purchasing a specific skin for himself from other sites and discusses it with his friends, there is often that one guy in forums and discord servers who goes “But it’s illegal!”. Is it, truly, in reality? No, it isn’t.

There are countless sites out there that sell CS:GO skins and there are countless players that purchase their skins from there. If you purchase skins from an external site, you aren’t liable to legal action because there simply aren’t any rules that you are breaking. While Steam’s ToS says that trading skins are illegal, it seems to make an exception for verified websites that do so.

There is an extremely rare chance of steam banning your account, especially just for purchasing a skin from an external website. Even if one does get banned because of it, it’s because they bought their skins from unverified sources and/or tried to sell them to other players on the marketplace for real currency.

As long as you buy your skins from verified sources and don’t try to sell them for real currency, you can purchase skins from other sites just fine.

CS:GO skins offer nothing but cosmetics and aren’t worth it. 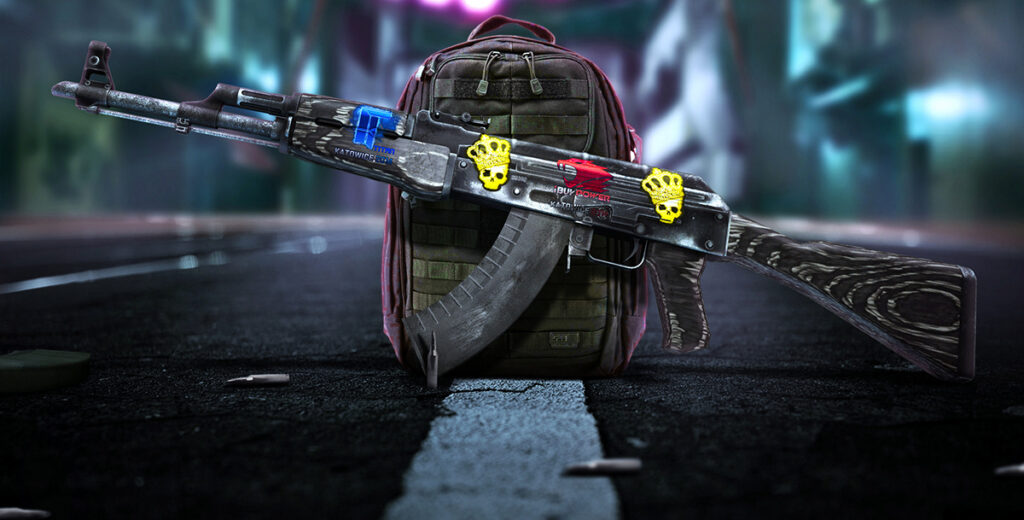 Also absolutely untrue. Yes, a CS:GO skin does redesign the weapon and make it look more attractive and dangerous, but that doesn’t sum up the entire value of a skin. Having a rare skin is a source of pride for many owners. People have spent countless dollars just to get one unique skin and don’t regret spending the money.

The only people who genuinely mean it when they say CS:GO skins are nothing but artificial cosmetics are mostly non-gamers or people who don’t appreciate the true essence of CS:GO. CS:GO professional eSports players have their own skins that they love. For example, s1mple simply loves rocking the Asiimov skin on AWP (pun intended).

Rocking the same skin as their favorite professional eSports player is how many people choose to play CS:GO, and their moment shouldn’t be stolen away from other people’s snarky comments.
Conclusion.
There are many misconceptions regarding CS:GO skins and we hope this article helped alleviate most of them. If it did, please consider following our website for regular updates as it will help us out immensely.

View all posts by Yolle Baker